Ruth has always enjoyed performing. Her favourite childhood memories are singing with her sisters, inviting the family to become their audience. Those early days led to dreams of studying and working in the performance industry.

Ruth has extensive experience in the performing arts.

She graduated from the University of Strathclyde in 2008 with a BA (Hons) in Community Arts specialising in music and drama. She then established a freelance career as a music and drama specialist across the central belt of Scotland. This work included nurseries, primary schools, high schools, after school clubs, community arts centres, community centres, charities and events such as the Ability Fest, Celtic Connections, and The Edinburgh Fringe Festival.

Ruth has been the Voice and Early Stages tutor for ‘Stagecoach Theatre Arts’, Acting coach for ‘Stage Quest’, Drama Tutor, Vocal Coach and Razz Minis Teacher for ‘Razzamataz Theatre School’, Drama coach for ‘Gie it Laldie Holiday Workshops’, and Performing Arts Tutor for ‘Sparkle Arts’.  Some of these roles allowed Ruth the opportunity to direct pieces in major theatres in Edinburgh including performances from Grease, The Lion King, Legally Blonde, Hairspray, Bugsy Malone, Blood Brothers, Rent, Wicked, Les Miserables, A Chorus Line and many many more!!

Ruth taught singing for the City of Edinburgh Council (Youth Music Initiative) in primaries across the city. In this role she worked in mainly classical music and directed children’s choirs. One of her highlights of her time there was working alongside the Scottish Chamber Orchestra in performances in the Usher hall and Glasgow Royal Concert Hall.

Before moving to Perth Ruth was the Creative Director of DramaTique Youth Theatre which gave her the experience writing and directing theatre for young people including ‘Mary Doll Poppins The Musical’ which was showcased at the Edinburgh Fringe Festival. 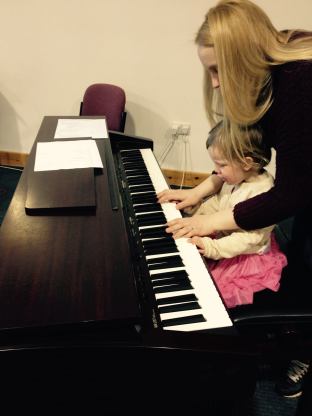 She now lives in Perth, runs Perthformance, works as a freelance director and is studying for a Masters of Education at the Royal Conservatoire of Scotland in Learning and Teaching in the Performing Arts. To find out more about Ruth’s artistic practice visit www.ruth-rankin.com .